Nestled between the Caribbean, the South Pacific, and the South Atlantic Oceans, South America is a continent rich is culture, breathtaking scenery and amazing wildlife. South America will delight you with its many breathtaking natural attractions, such as the Amazon, the world's biggest rainforest and the largest river, the Andes, the highest mountain range outside Asia, remote islands like the Galapagos Islands and Easter Island, stunning beaches, the Atacama desert, the icy landscapes of Patagonia and Tierra del Fuego, Angel Falls in Venezuela, the world's tallest waterfall (979m/3212ft) and one of the largest waterfalls, the Iguaçu Falls in Argentina and Brazil. Besides the natural wonders, South America is also home to Machu Picchu high up in the Peruvian Andes and the ruins of ancient civilizations as well as world-class metropolises such as Buenos Aires, Rio de Janeiro, São Paulo, Bogotá and Caracas.

There are 16 countries and Islands in South America namely Argentina, Bolivia, Brazil, Chile, Colombia, Ecuador, Falkland Islands, French Guiana, Guyana, Paraguay, Peru, South Georgia and South Sandwich Islands, Suriname, Uruguay and Venezuela. There are four distinct seasons: Spring from September to November; summer from December to February; autumn from March to May and winter from June to August. 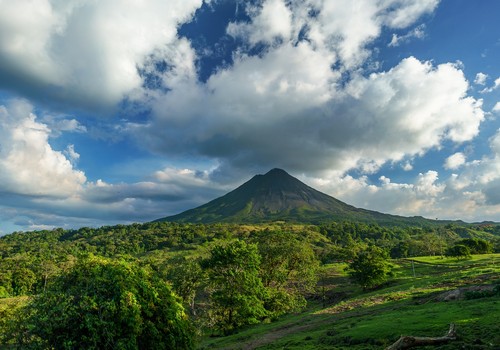